There are all sorts of instruments out there in the world, and many of them have been around for hundreds of years. This electronic instrument is just over 100 years old, and the musician doesn’t even touch it in order to play it. Do you know what it is? If you guessed the Theremin, you would be correct.

Invented by Leon Theremin in the Soviet Union in 1920, the instrument has two metal antennae that actually sense the position of the player’s hands within an electrical field. One hand controls the volume, and the other hand controls the pitch. The theremin sends the electrical signals to a speaker, which plays the notes. If you enjoy classic science fiction movies, listen out for the theremin – it is often used in film scores to create an eerie, otherworldly sound. The beach boys even used the strange instrument in their song “Good Vibrations”.

Though the theremin never gained mainstream popularity – it is rather difficult to play – it still is considered a niche interest to this day.

Peter Abbonizio is a musician who offers music lessons for beginner level instrumentalists and producers, and his passion is focused on instrumentals and digital beats. 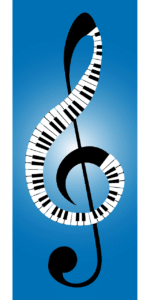